2nd November- We reached South Rim around 7AM and parked the car and took a shuttle to North Rim. Don’t really remember the drive as I was sleeping in the shuttle..

We reached north rim around 11am. Met the ranger and told her the plan to rim to rim in a day and she was like “that we be aggressive” and we were like “let’s do it”.. Another few minutes we started downhill from the kabab trail..

Day 1 plan was to hike 7miles and sleep early as the plan for day 2 was aggressive and we have to hike around 15 miles with the 7 mile up hill hike. So finally we started descending which was pretty awesome, taking pictures, cracking jokes and getting the feel of red rocks and huge mountain. So technically we started our hike around 12pm on day 1 and around 4 pm we reached the cottonwood campground. After reaching the campground we assembled our tents and started planning for day 2. The campground was very well managed. We started cooking after sometime and had a really good time. Went to the tent around 8PM.. Temperature was down to 30F.. But the excitement was at the par.

3rd November- We woke up at 3.15AM, wrapped up the tents and other stuff and started our hike at around 4AM. It was pitch dark and the view was simply superb. Trekking around the Colorado river within the canyon is an experience which can’t be explained. You have to be there to just get the feel for it. Stars were so close to us that one can touch them. We hike around 7miles towards the bright angel Campground. We reached at this campground around 6.30AM. This is the best camp ground I have had ever seen in. Any campground. I can’t believe that there are lodges and a restaurant inside the canyon.
Now it was the toughest part of the hike. Hiking around 7 miles and reach the south rim by noon.. Few miles ahead of the campground on South Kaibab Trailhead is the bridge to cross the Colorado river. The view over there is gorgeous. I would say this is the best part of the hike. It’s a paradise from where you can feel Colorado river, huge Grand Canyon, red rocks, and your hike which will never forget in your life. Took tons of amazing pics doing crazy activities on the bridge and had a really good time with my lads.

Now was the toughest part of the hike as we all can see the peak of the canyon and this was not the peak but this was the one of the canyon peak which we have to hike before reaching the south rim. We started heading uphill and slowly our emergent bar and gels came out of the pocket.. Lol.. It seems that me and Tom were getting tired but the best part was that we were mentally prepared. Georgie, Bhavik, Husain were energetic and we all were super duper excited. After 3 or 4miles I completely lost my energy. I was not able to walk and that was the worst part of the hike. Every 5minutes I started taking rest. Georgie was walking along with me at that time and he was completely pushing me. That push was really very important at that particular time because I was completely drained. More over I think that I was loosing patience.

I feel that’s when you are attempting a challenge like this then it’s all about the mental state, ability to control your patience, emotions and frustrations. Once your control all these bad vibes then everything is possible. I’d rather again say that everything is possible and impossible just takes longer. Sometimes the situation is not the problem which makes you down, it is the reaction to the situation that creates the problem.. After finishing those 2 or 2.5 miles of the hike I was kind of better. We stopped at the top of canyon and attempted array exception again. Now we were like 3 miles away from the south rim and body was completely loosing the energy. This time Bhavik was along with me to push hard to finish the last lap of the hike. Last few miles were challenging but full of enthusiasm. The trail was changing the color as the altitude was changing. I think the total elevation was like 7200 feet. We again stopped at the base which was around mile ahead of south rim.. We all were very excited as it was around 11AM and we were a mile ahead to finish the hike. Listening to music, eating energy gel, taking pictures and feeling one of the most energetic trip of the life was the last mile. We finished the hike at around 12.30PM and that was just “wow” . After that we visited a restaurant and cheered up for the rim to rim hike. Our body was soar and legs were hurting badly. We started driving back towards Phoenix airport which was the again the toughest drive in the pain. Finally we reached the airport and it was the end one of the most beautiful journey and the start for few more upcoming hikes. More to more and more to hike. In every hike of nature one receives far more than he seeks..

Life’s journey is not to arrive at the grave safely in a well preserved body.. But rather to skid in sideways, totally worn out, shouting “holy shit… What a hike!!” 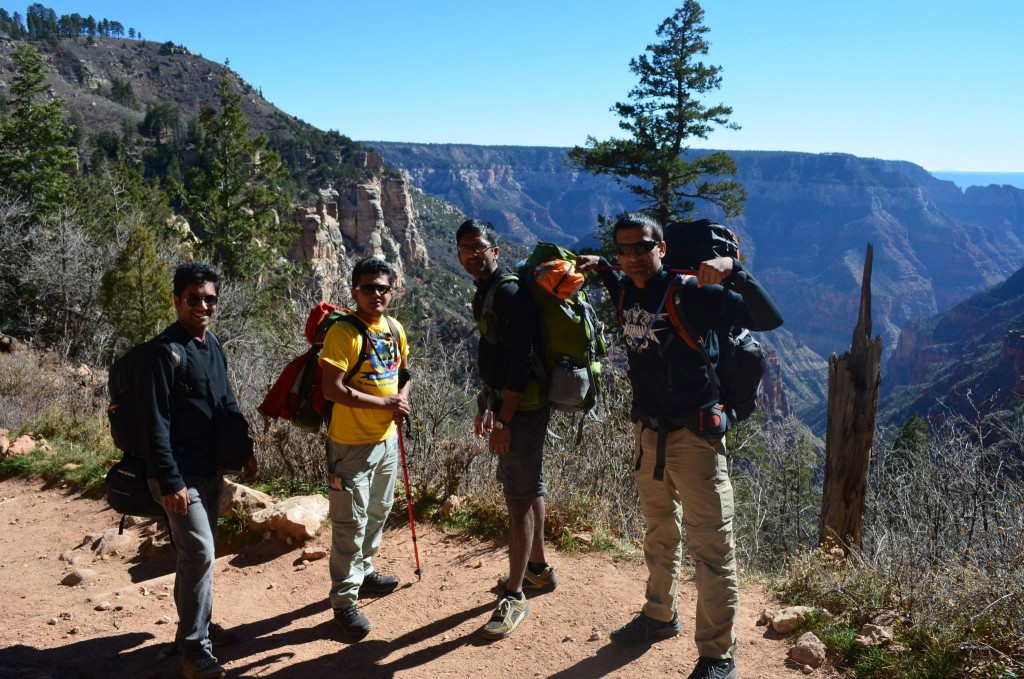 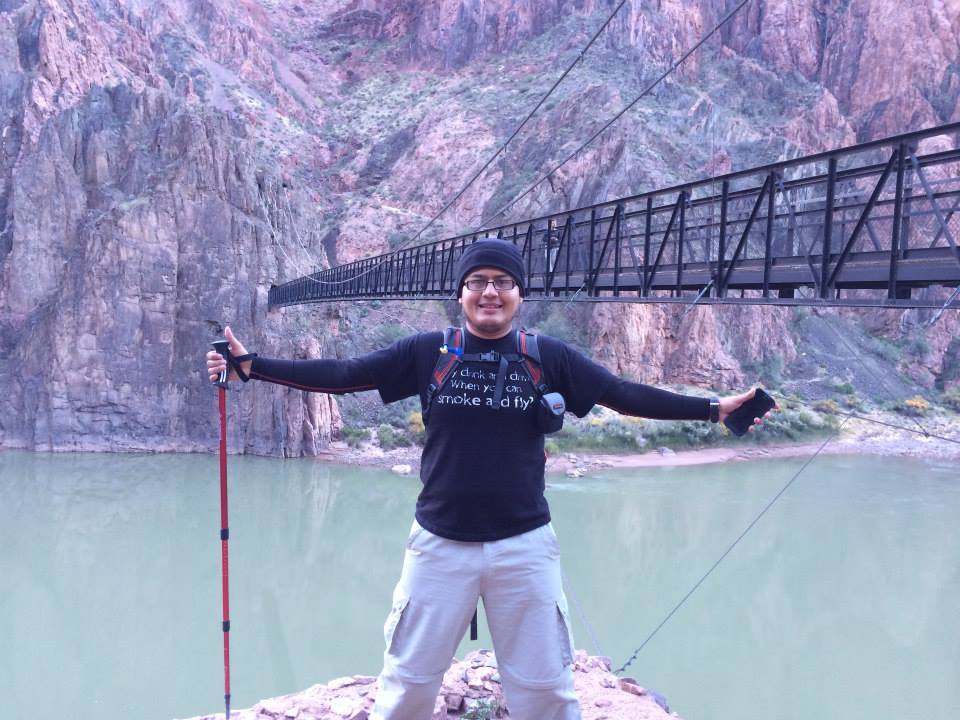 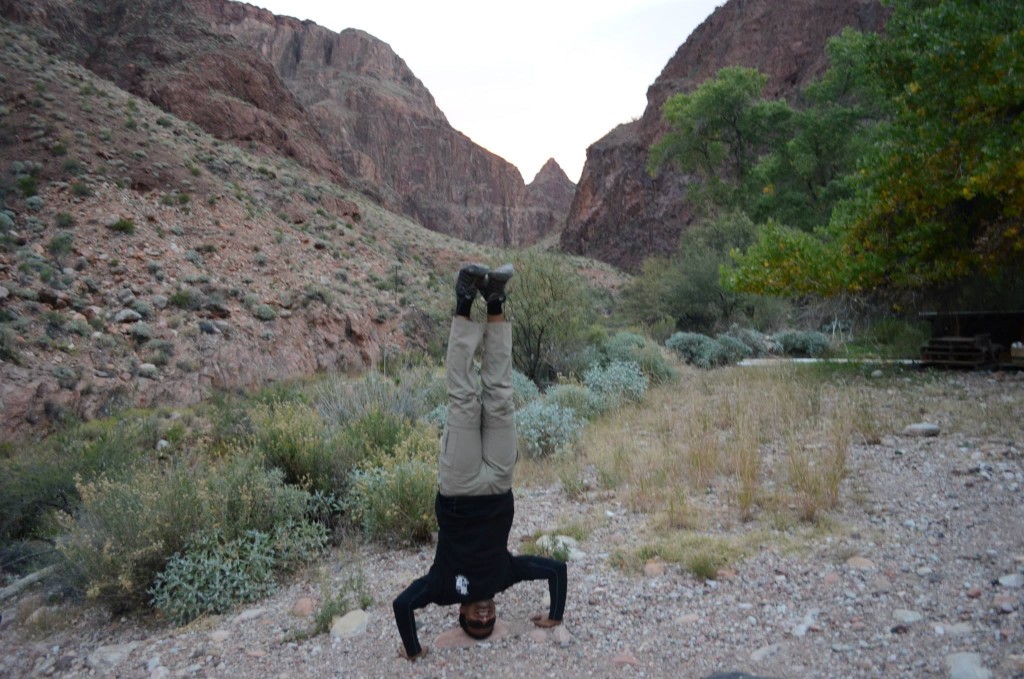 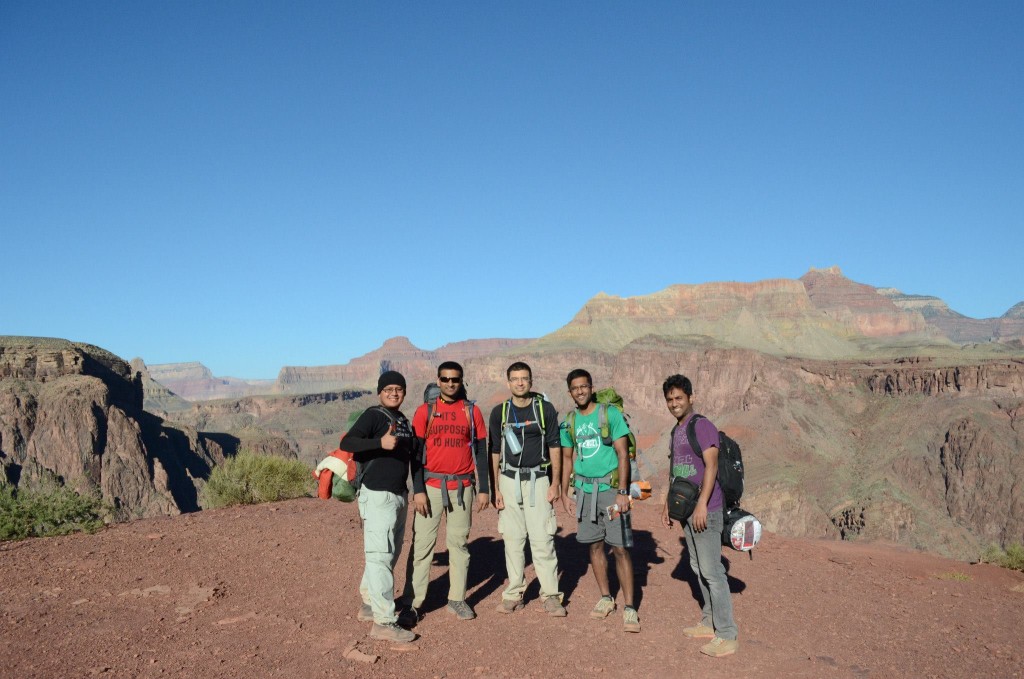 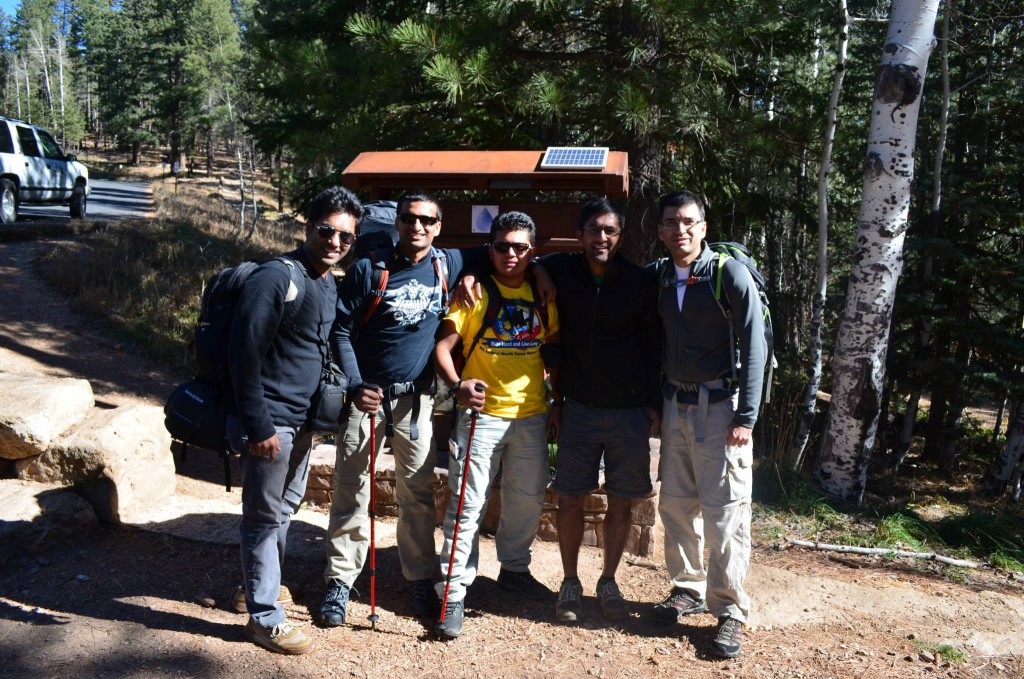 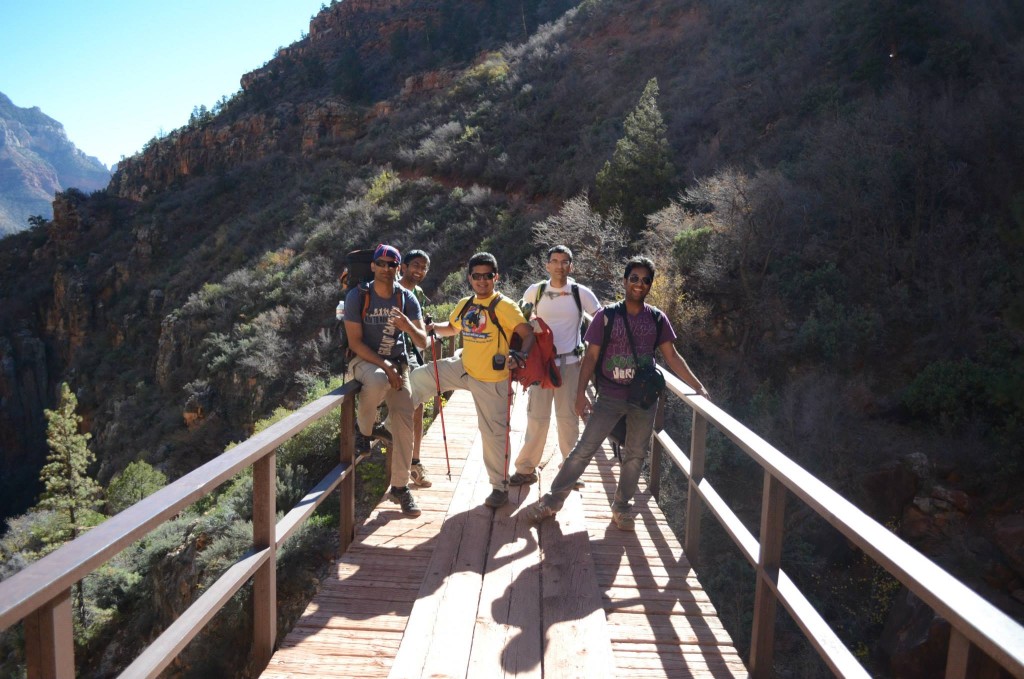